Our mission at TLB has always been to improve the efficiency of Legal teams through smarter processes, standardisation and technology. NDAs, which are almost always the same but written in different words, fly in the face of that. In fact, in 2020, we discovered that reviewing NDAs for our clients represented 63% of our workload but only 7% of our revenue.

Beyond not being profitable for us, we know from experience how problematic NDAs are across the industry; they’re hugely time consuming for both lawyers and businesses and although low risk, they can be damagingly adversarial at the start of a commercial relationship.

So, on 16 February 2021, we launched an idea: oneNDA. Since our fateful first LinkedIn post, we’ve received an incredible amount of support. To date we have 10,000 people who have engaged with the initiative, spanning 44 countries across the globe. 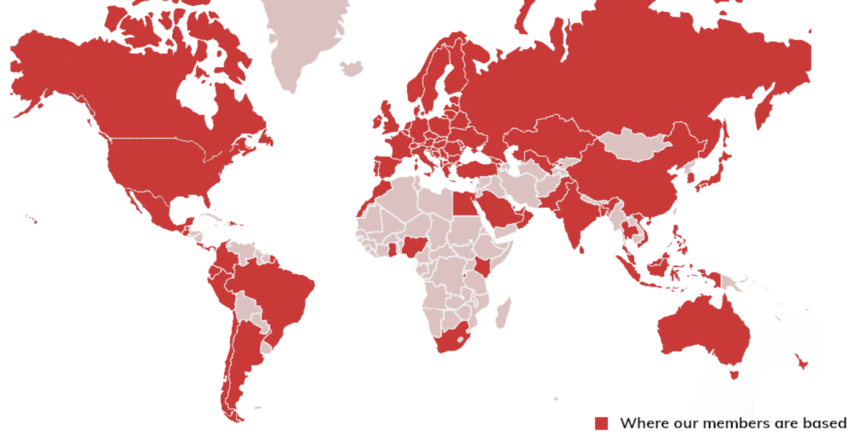 Timeline of the project

We approached the project in three phases:

In parallel, we collate feedback from the wider community on the first version of oneNDA.

Phase 3: The Launch - We launch oneNDA alongside a suite of other artefacts that explain how it should be used, when to use it and why not to redline it if you’re on the receiving end. We also ask organisations to formally adopt oneNDA as their internal template.

Agreeing the text of one single NDA within 3 months was an ambitious target. To make Phase 1 a success, we needed to call on a subset of the oneNDA community to help craft oneNDA and steer the project.

We pulled together a group of top in-house counsel from some of the largest and most innovative companies in the world, including Google, Airbus, Adidas, Barclays, Coca-Cola, Deliveroo, UBS and others as well as representatives from globally recognised law firms - including Allen & Overy, Ashurst, Gilbert + Tobin, Linklaters and Slaughter & May.

To ensure oneNDA would be broadly applicable, it was essential that our SteerCo be representative of the entire legal community. To achieve that goal, we made sure to include organisations of varying sizes and industries.

Equally important was taking a consensus-led approach. Other standardisation projects in the past have been less successful because they have sought to disseminate their own template - which, good as it may be(!), doesn’t have the buy-in of the broader legal community. It was key that we were led by the community in the creation of oneNDA.

Finally, to inform the creation of oneNDA, we formed a group of Research Partners to provide insights into standardisation, litigation and points of contention in NDAs, including CMS and Hogan Lovells.

The SteerCo was supported by a broader-still group of early adopter organisations known as the Founding Club, who were passionate about standardisation in the industry. These c.100 Founding Members acted as a sounding board to make sure we were moving in the right direction.

The oneNDA community includes all other people who signed up to be a part of the initiative and have interacted with the initiative. This very important group helped us collate community thoughts and feedback and supported the decisions made by the SteerCo by offering a broader view.

Over the months that followed, we worked together to determine what should and should not be included in oneNDA, drafted the clauses and voted democratically on the final result. Here’s how it went down.

Phase 1, Step 1: Deciding what oneNDA should include and exclude

As a starting point, we took an NDA provided to us by international contracting standards organisation the World Commerce & Contracting (WCC). The WCC applied natural language processing and pattern recognition to approximately 2000 NDAs to come up with a balanced template which included all of the clauses which passed a certain frequency threshold. We shared the WCC NDA template (and a research paper outlining their methodology) with the SteerCo, and on 21 March, brought them all together to get to work.

To prepare for the meeting we broke the WCC NDA out into its composite functions.  As lawyers, we tend to take a words-first approach and consider the function of a clause later. We flipped that on its head to ensure we focussed on what should and should not be included from a functional perspective and avoid any drafting hang-ups.

Splitting the SteerCo into small teams of 4 or 5, we provided them with an online kanban board containing each of the composite functions (e.g. “tells us what the governing law is”). In their groups, we asked them to decide which functions should be:

a) Included in the baseline document

b) Included but variable

Behind the scenes we gathered all of the results and calculated the percentage of votes for each function. The results showed a general consensus of 80% or higher amongst SteerCo members as to what should and shouldn’t be included. Where there were contentious points, further more in-depth discussions were had before final decisions were made.

The result? After starting with a total of 57 functions we ended up with just 24. The excluded functions were sent to the oneNDA Graveyard.

Once we had our list of functions we held a Design Workshop with the Drafting Group to put these into clauses in a format that we thought would add the most value to the predominant users of the document. Prior to the workshop, we conducted a survey that informed us that in 75% of the respondent organisations, the main NDA users were business stakeholders with no legal background.

We ended up with a total of 5 clauses and a firm decision to keep the drafting plain and simple to serve the relevant audience. The Drafting Group was then tasked with writing the wording for each clause, according to the following drafting principles:

Once drafted, the clauses were put to the rest of the SteerCo, who were asked to vote for their first and second choice version of each clause. To remove any potential for bias, we anonymised all of the Drafting Group’s submissions so the Committee voted without knowing which firm had drafted which clause.

After compiling all of the ‘winning’ clauses into one document and aligning the drafting to make sure they worked as a cohesive document, we sought feedback. First, from the SteerCo, then, from the Founding Club.

In June 2021, we began Phase 2 of the project. We built off the successes of Phase 1, namely a version0 template version of oneNDA.

There were three main pillars to the Operationalisation phase:

Pillar 1 was about creating a set of rules that would govern the usage of oneNDA, to make sure the integrity of the document and the oneNDA brand is maintained. We wanted to make sure that when someone signs a oneNDA, they can feel secure knowing that they are signing a fair agreement from a trusted source.

After much discussion we came up with only one rule - leave it be.

oneNDA can only be successful if people and organisations buy in, adopting the document of internal use. We decided to encourage organisational adoption through brand awareness, transparency in all our processes and getting endorsement from credible established bodies.

We invited the legal community to provide feedback and suggestions on v0 of oneNDA on a community feedback board. Using a system where participants could suggest feedback, or as we called them “snags”, vote on suggestions made by others, and comment on suggestions to join the conversation, we gathered an incredible amount of comments (over 28 pages from 1200 contributors) and discussion from the oneNDA Club members.
We aggregated this feedback, paying special attention to those suggestions with considerable support (or votes), and fed them back to the SteerCo for another round of revisions.

All of the work outlined above led us to the final phase of the project - Phase 3: The Launch.

On 2nd August we launched version 1 of oneNDA with the supporting documentation to the wider oneNDA Club and the general public.

The enthusiasm and commitment of the oneNDA community has been a real driving force to get us to where we are today. And so, we’re asking one more time for everyone's support to get oneNDA officially adopted in their organisation.

Standardisation practices have been successfully working for years. An iPhone will look like an iPhone no matter where in the world you are. Why can’t the NDA be the same?

Remember - this is just the beginning. Together, we’ve shown how much can be achieved when the legal community pulls together toward a common goal. After this, we’ll be gearing up for the next standardisation challenge so watch this space!